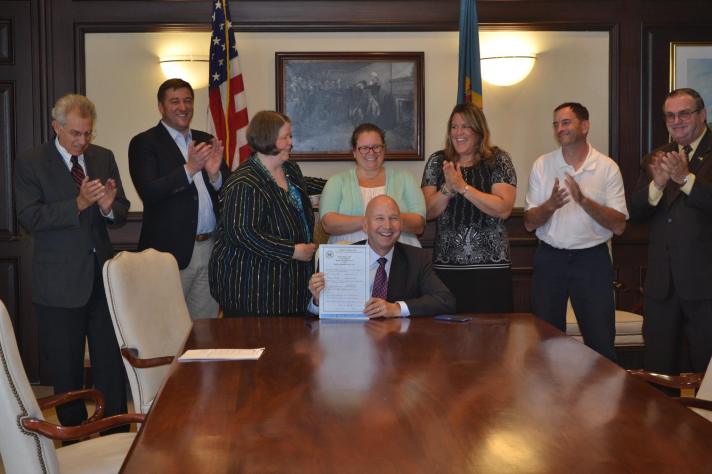 As sure as the campaign signs and billboards will soon be removed across our state, the image of diverse, broad-based support and engagement presented by vote-seeking politicians will be replaced with an all-too-familiar reality: folks are most comfortable doing the business of public policy in segregated, stealthy spaces hand-in-hand with special interest groups.

In the realm of public education, this is a reality that consistently places adult-interests in front of the interest of children.

Parents, students, and communities of color look great in campaign literature. But they’re a lot more disposable in the policy and implementation process. Last week’s educator evaluation bill (House Bill 399) signing (pictured above) provides a perfect example of this unfortunate reality at play.

Rep. Earl Jaques and Senator Bryan Townsend’s educator evaluation bill was signed last week in a back room with teachers’ union representatives. There were no people of color in the room.  There were no students in the room.  There were no community-based organizations represented in the room. In fact, the very same Wilmington parents who saw their recommendation that parent and student surveys be included in teachers’ evaluations make its way into the legislation were not even invited. It was business as usual post-election season: homogenous rooms with exclusive access for the same old insiders. It doesn’t take a $500k management consultant to recognize there are serious diversity and access problems here.

But what should be equally alarming to the lack of representation is how often the edicts that emanate from these segregated, stealthy spaces fail to provide trajectory-altering opportunities for underserved students. Our children.

House Bill 399 suffers from this same flaw: it does nothing to move Delaware’s education system toward a place where it is providing an excellent education for all students, notably those that have been left behind generation after generation.  And since we know just how important teachers are, it is also notable that the legislation does nothing to improve the quality of feedback educators receive through the state’s teacher evaluation system.  We must ask ourselves: why are so many insiders clapping and patting each other on the back for a bill that does nothing to improve teaching or learning?

Let’s talk policy (and the politics behind it).  Here are a few things the bill did: 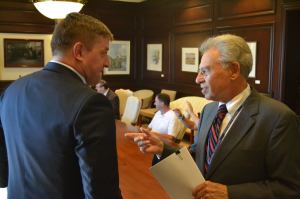 This is quite the celebration for a bill that perpetuates the status quo. These aren’t the types of achievement-gap-closing, education quality transforming, teaching profession-advancing policy changes most would want to pop the champagne corks over. 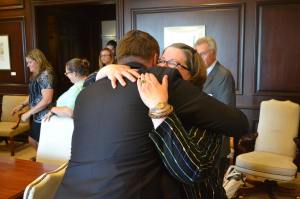 This was about politics. How else do you explain the hugs, smiles, and photo opportunities surrounding a bill that does nothing to address the deep inequities in Delaware’s education system?

It’s hard for me to see this and not be reminded of the policies that were promoted in the 19th and 20th centuries that created today’s education disparities — those policies were also forged in similar segregated, stealthy spaces. I’m reminded of how far we have to go.

Back to the Delaware reality: instead of a photo opportunity celebrating providing low-income students with more funding, or increasing starting salaries for teachers (the Governor included this in his budget but DSEA did not follow-through on their commitment to support his approach to compensation reform after multiple years of conversations), or increasing the state’s ability to protect students from adults who shouldn’t be working in schools, some are memorializing decreasing accountability for student learning.

If this doesn’t make sense it is because it shouldn’t.

When you dwell in the segregated, stealthy spaces seen yet again last week, you are depriving yourself of more than diversity. You’re robbing yourself of the type of perspective, pushback, and urgency that often comes with that diversity. You’ll do a lot of work to create bad education policy that does not help children.

And all you’ll have is a photo to show for it.

4 thoughts on “The Segregated, Stealthy Spaces of Education Policy”