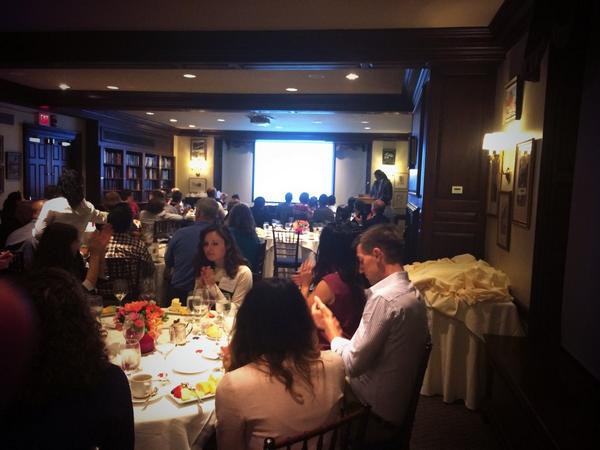 Earlier this week, after completing a two-year fellowship with the Harvard Strategic Data Project, I had the privilege of serving as the speaker for my cohort (Cohort 4) during our graduation ceremony. Over the last two years my colleagues and I have been working in our respective agencies (from Hawaii Department of Education to Cleveland Metropolitan School District to Prince Georges County Public Schools) to facilitate the strategic use of data to improve outcomes for students. The graduation ceremony, held at the Harvard Faculty Club, was the culmination of two years of job-embedded training through the fellowship and a time to reflect upon our experiences in the program. 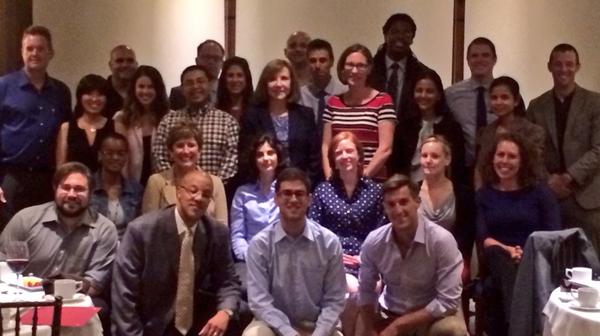 During the speech, I highlighted some examples of impact fellows have made in their agencies: Chris was named Data Quality Campaign State Data Leader of the year for his work at the Ohio Department of Education; fellows in Dallas, San Jose, Pittsburgh, and New Visions for Public Schools participated in the College Readiness Indicator System and their work over the last few years culminated in great resources for districts to help prepare students for college success; in Delaware-the state’s use of data to increase access to college for low-income students was recently profiled in the NY Times and Governor Markell also noted the impact of the project on educator preparation reform legislation.

Then came time for some “edu-jokes” (you had to be there!) and some inside jokes about our experiences during the fellowship (like how our Cohort 4 bi-weekly conference calls often went something like this.

Putting the jokes aside and after my commentary on how much has changed in the education sector over the two years of our fellowship (declining support for Common Core; increase in diversity among TFA corps members; the rise and fall of inBloom, etc.) I posed the following question to the group:  So as we think about all the change in our sector, what’s’ the role of the data strategist and data leader in this context? And how should all of these changes change how we work?

The following excerpt from my speech was my response:

If you’re a data geek, and looking for answers to such questions, the best thing to do is  watch Moneyball.

Billy Beane: Guys, you’re just talking. Talking, “la-la-la-la”, like this is business as usual. It’s not.

Billy Beane: Not like this you’re not. You’re not even looking at the problem.

Grady Fuson: We’re very aware of the problem. I mean…

Grady Fuson: Look, Billy, we all understand what the problem is. We have to…

Grady Fuson: The problem is we have to replace three key players in our lineup.

Pittaro: Same as it’s ever been. We’ve gotta replace these guys with what we have existing.

Billy Beane: The problem we’re trying to solve is that there are rich teams and there are poor teams. Then there’s fifty feet of crap, and then there’s us. It’s an unfair game (emphasis added). And now we’ve been gutted. We’re like organ donors for the rich. Boston’s taken our kidneys, Yankees have taken our heart. And you guys just sit around talking the same old “good body” nonsense like we’re selling jeans. Like we’re looking for Fabio. We’ve got to think differently. We are the last dog at the bowl. You see what happens to the runt of the litter? He dies.

We should by all means be agile, creative, and relevant as times change. But we should remember we’re there to remind the sector of the real problem. . . and how it has unfortunately NOT changed.

As the 60th anniversary of Brown V Board was commemorated earlier this year, what was most striking is still how unfair of a game our American education system is. As much as debates and politics of the sector have changed, we continue to see low expectations for certain groups of students create an unfair system. We need to remember that as big as our data are we cannot underestimate how massive the myths and persistent the prejudices are that our work aims to challenge and ultimately unseat.

So let’s Predict. Project. Forecast. But Don’t Forget. Many of us were drawn to this work because we saw or experienced the results of this unfair game called education. Let’s not get distracted by the debate or fad of the day and continue in the conviction that we can turn it around for students. 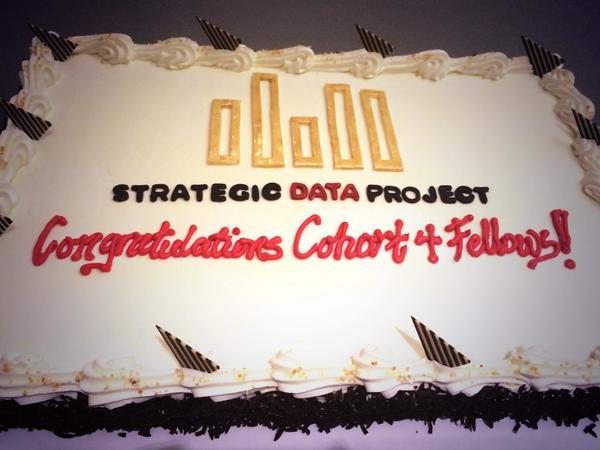 View all posts by TeenSHARP